Bill is one of the founders of the QADO Group and has over 35 years of international business experience in the oil and gas, mining, and power generation industries with diverse capability gained in both hands-on operational and executive management roles.

He has both a breadth and depth of experience in gas and oil field developments from drillling engineering through to production for major corporations including Amoco Canada Petroleum and Santos Limited. With the latter, he held responsibility for all production operations in Queensland and later the Santos Cooper Basin production assets in South Australia, including both the Moomba and Port Bonython facilitites.

In the ASX-listed renewable energy and mine-site power generation company Energy Developments Limited, Bill held executive management roles spanning operations, manufacturing, and international business and project development; and as CEO of the waste to energy subsidiary, and ultimately the COO of the parent company.

He holds a BASc in Geological Engineering from the University of Windsor (Ontario, Canada) and is a Graduate Member of the Australian Institute of Company Directors (GAICD). 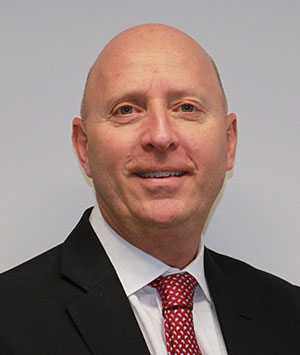 Chris Connell is CEO of QADO Resources and a founder and Director of the holding company, QADO Group.

Chris has over 35 years of experience in the oil and gas industry, with extensive experience gained working for operating companies including Santos and Shell in Australia and internationally.

He also has relevent broad experience in consultancy having led the Australian arm of international firm LEAP Energy for a number of years, consulting to clients in Australia, New Zealand, SE Asia, the Middle East and the UK. Chris has worked on both conventional and unconventional oil and gas projects in technical, leadership and management roles. These projects have ranged from exploration and appraisal through to development and production.

In Australia, Chris has been involved with a number of Coal Seam Gas projects in both Queensland and NSW. He also has particular expertise in managing projects from appraisal through conceptual development and ultimately project delivery. He has been involved with and led multiple due diligence assignments relating to oil and gas asset acquisitions and divestments and is highly knowledgeable on the assurance processes associated with asset development.

He holds a BSc in Geology from Victoria University of Wellington and a Masters degree in Petroleum Engineering from Heriot-Watt University, Edinburgh.

Leeanne Bond has 30 years corporate experience including over 14 years as a professional company director. As an executive, Leeanne helped establish WorleyParsons’ business in Queensland, NT and PNG.

She is currently the independent non-executive chair of both ASX listed Synertec Corporation Limited (SOP) and Mining3; and a non-executive director of Snowy Hydro Limited, and Aurecon Group. She is also a board member of the Clean Energy Finance Corporation.